YES! They have races a lot with each other, they are super competitive, and they say that their shoes are "speedier."

Do they ever run with you?

Not really. But that is mostly because when I go for my runs, I just don't include them. They are still so young. But they know I run, they see me on the treadmill occasionally, and they run on the treadmill themselves.

They love going hiking, snowshoeing, swimming, etc. The fact that I am raising them to be healthy and active makes me happy. I want them to be healthy active adults, and they will learn it from me. I figure when they are teenagers, they will probably run with me. It will be good....I hope!

Do you prefer running alone or with someone else? 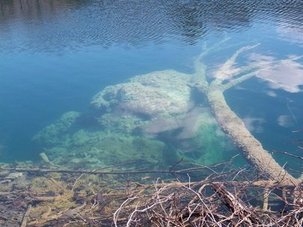 I like running with other people, it's always fun to have someone to talk too. But it's hard to find people that run your distance and pace or are "like-minded." Some people are more or less serious about running than you are, and that can be a bit annoying. Or maybe not so much annoying, as it is just not what you would think or do.

Most of the time I run alone, but it's nice to run with someone, if you find a good running partner!

Not really. I don't like the crowds of people! And I find that the older that I get, the more ridiculous the idea is that I would pay MONEY for the privilege of running a certain distance, when I could just put on my shoes, step out my door and do the same distance for free, and alone, in the peace and quiet. I am seriously contemplating an ultra however, because they are less crowded, and generally the races are run in some pretty spectacular places. We'll see!

When is your favorite time of day to run?

I used to be a "In the morning only!" runner, but after having my kids, I will run anytime of the day. If I can fit in a run, I'm going for it.

Did you run throughout your pregnancies and / or when your boys were babies?

When I was pregnant with Jake (2004), I ran pretty much the whole pregnancy. My mileage kept decreasing as my belly grew, but I ran. I swam and biked as well. In fact the day I went into labor with Jake, I biked 15 miles.

With Charlie (2006), I was initially running my 4 miles a day, but my morning sickness was so bad with him, I had to stop. I ended up on bed rest several times with him, so workouts were few and far between that pregnancy. I did however, manage just about every day to go for a 3 mile walk even though I was supposed to be on bed rest. Whoops!) 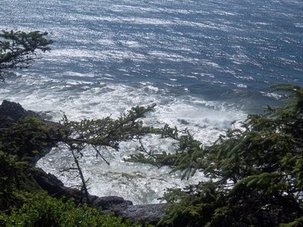 I had c-sections with both of my boys due to their sizes (both 9 lbs-ers) and I started running again after 4 weeks post-partum.

Yeah, Yeah, I know, I was supposed to be resting for 8 weeks....but I felt good, and I took it easy.

Do you cross train?

Yes, I do! I totally believe in cross-training. I do lots of squats, and already mentioned swimming, hiking, snowshoeing, etc. I try to do ab workouts occasionally, but I HATE them!

What do you eat before / during / after your run?

Generally I don't eat before a run, nor do I eat during or run, and typically it takes me a couple of hours before I eat after a run. I have a very low appetite, but fast metabolism. However, I think that when I run, my digestive system shuts down, so I'm not hungry for a while. 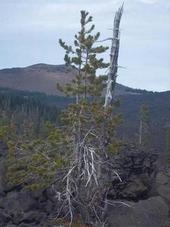 I am discovering though that I am going to have to start forcing myself to eat during runs, if I want to up my mileage past 15 miles. I just don't have enough stored energy to make it.

What is your average running pace?

Honestly, I would be guessing. I don't wear a watch, or an iPod, or any music, or GPS device. I know that I can do a 10K in under an hour, and generally finish 10 miles in about an hour and 20 minutes. But I also don't mind stopping and walking, or stopping and petting stray cats. Or if I feel like it, stopping to pick berries. I'm not so concerned about time. I care more about distance and the fact that I am out there on a run. To me, a good run should be fun, not filled with irritation and a bunch of nonsense.

What are your running goals? 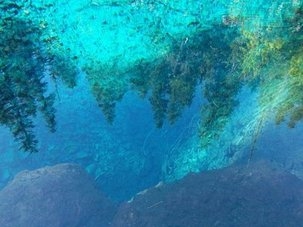 My running goals are not exactly concrete.  Most of the time I set yearly goals.

What running achievement are you most proud of?

The running achievement that I am most proud of is that I am STILL running after everything that I've been through, and it still fulfills me.

Read part one of interview with inspiring running woman, Becky.